The graphical equalizer is a powerful device which can be used to boost or suppress specific frequency ranges. The graphical equalizer consists of 2 filters which can be controlled individually either by adjusting the 2 sets of filter parameters on both sides of the device or by adjusting each filters planet/satellites that are found on each side the the graphical display. Each filter allows control over the gain, center frequency, bandwidth and stereo spread. What makes a graphical EQ special is that it is possible to draw exactly where you want each filter to go on the devices display, with the frequency being displayed horizontally and the gain being displayed vertically. 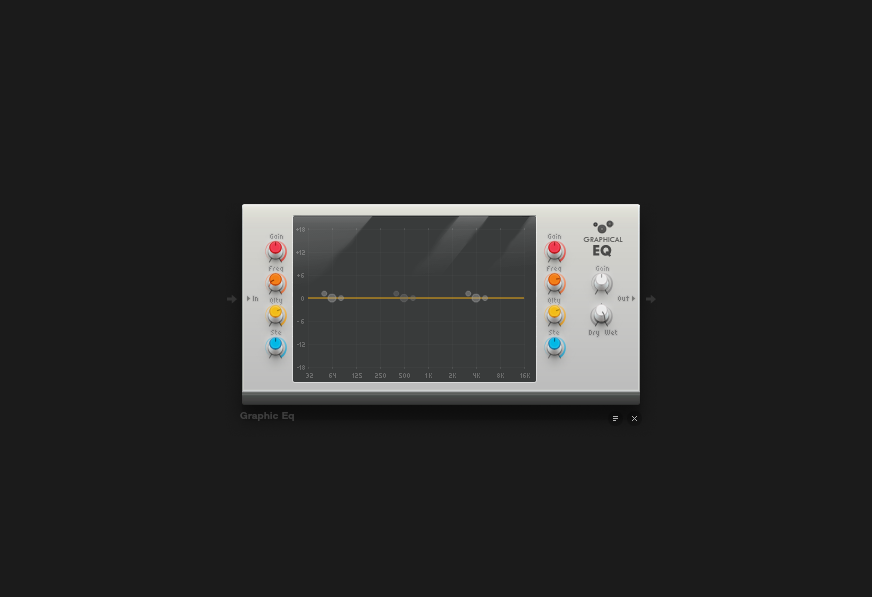 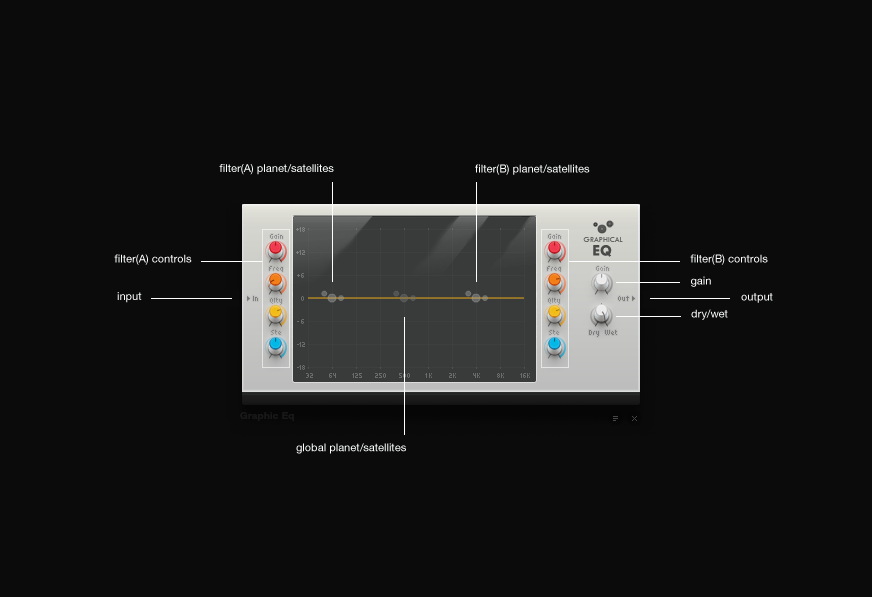 As already mentioned the exact same settings can be made by using either the separate parameter controls for each filter or by using each filter's corresponding planets/satellites. All of the planets and satellites can be used to adjust the cut-off frequency of the filter(s) as well as this each Planet and satellite are colour-coded (on rollover) and correspond to one of the filter parameters. There are also a number of shortcuts which can be used to change the behaviour of the planets.

NOTE: The below example only shows filter(A) working since both filters controls work in exactly the same way. 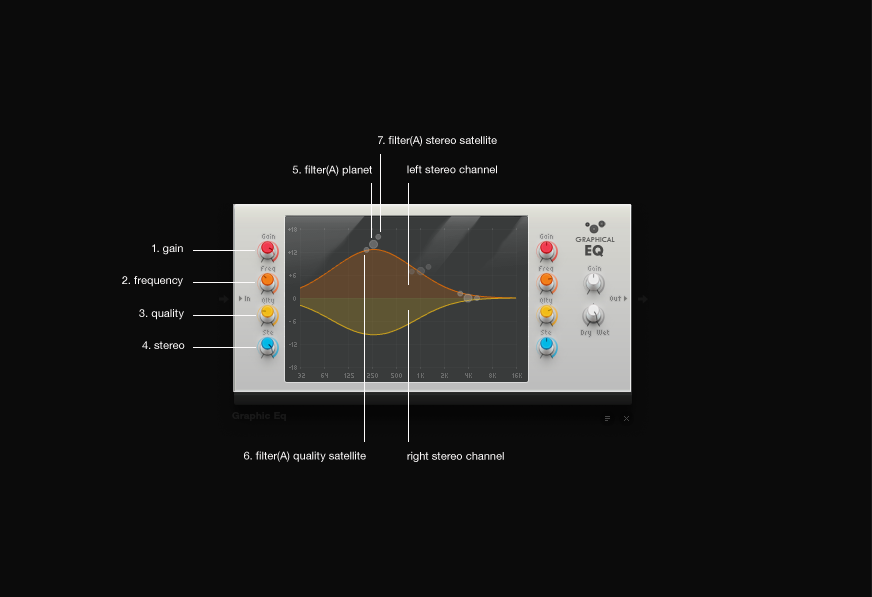