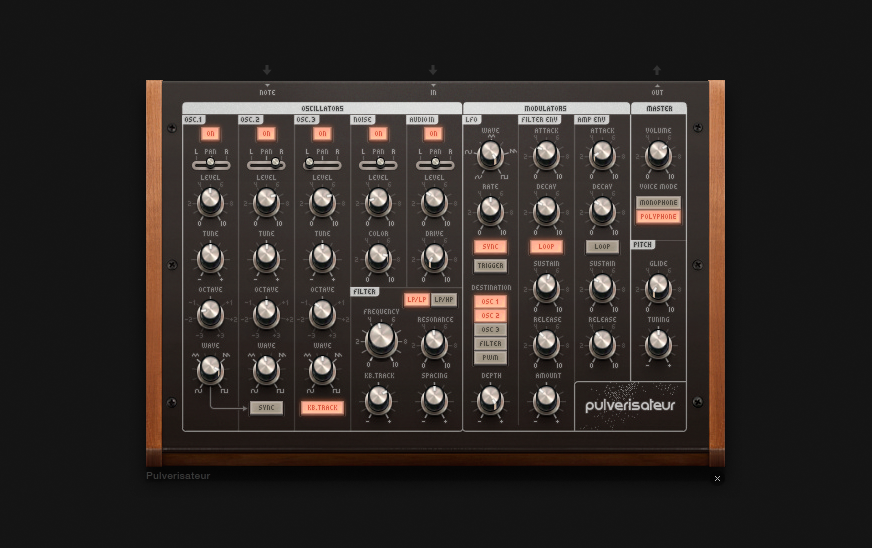 OSC stands for oscillator. These 3 sound sources are where the core sound of the synth can be defined. The three oscillators have the same parameters and can each be programmed to produce exactly the same sound. The only difference being the sync and keyboard track options found on OSC2 and OSC3. 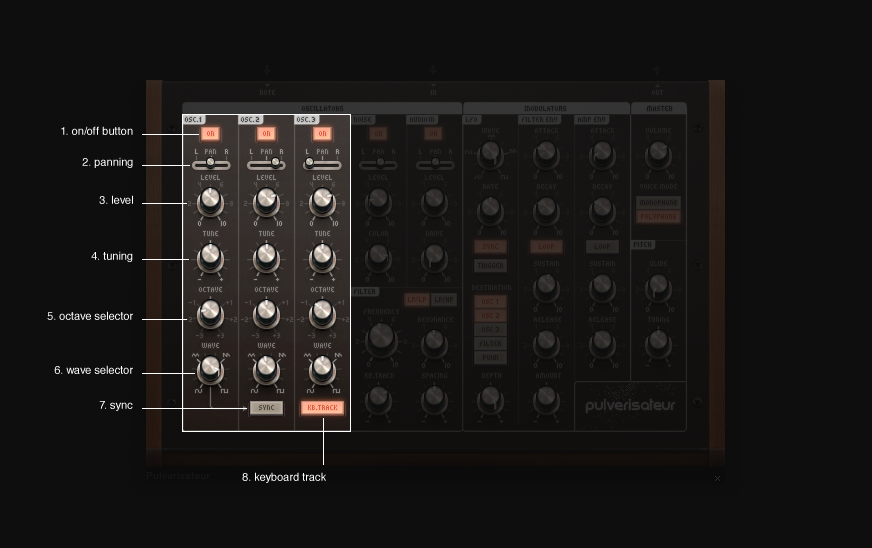 The Noise unit is an oscillator designed to generate acoustic noise. It can be used at low levels to add warmth or thickness to the synth or it could be used as a root source to create a new sound. For example it is possible to make drum hits or other experimental sounds with the noise unit.

NOTE: If you want to add noise to an existing sound, lowering the noise level before pressing play is recommended. Watch your ears. 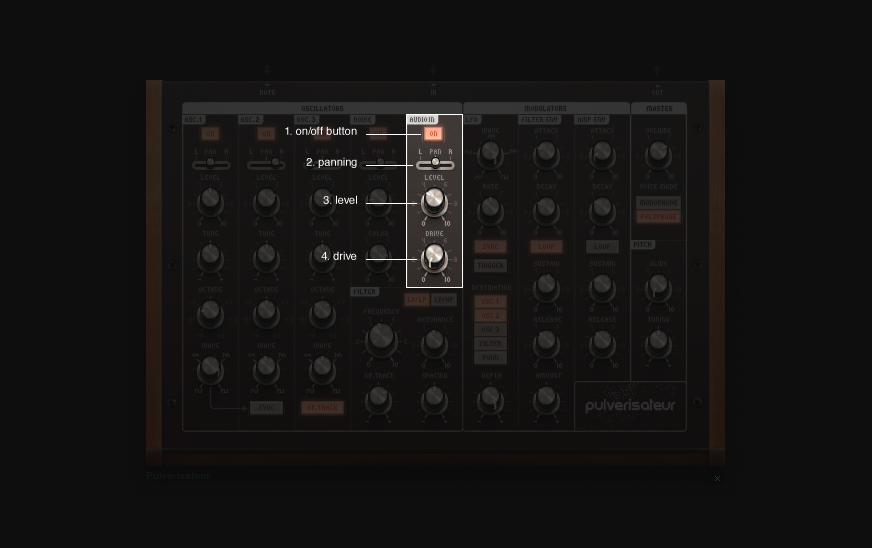 The Filter alters the harmonic content of the combined sound sources. The Pulverisateur has two filter modes, a double lowpass filter (This will cut most of the higher frequencies while passing the low frequencies) and a lowpass/highpass combination (Depending on the filter spacing, this filter type smoothly blends from notch to bandpass). 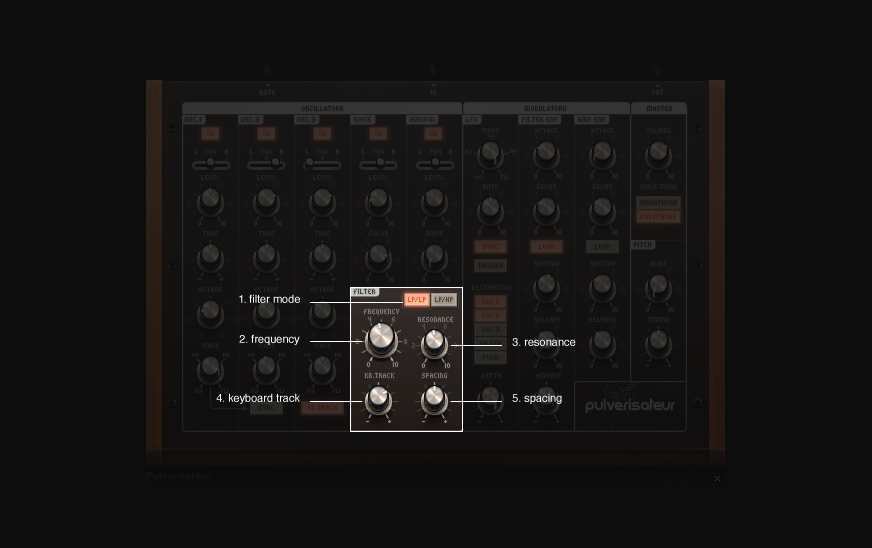 The modulators consist for 3 units, the LFO, the filter envelope and the amplitude envelope. Once the sound of the synth has been created using the Pulverisateur's different sound sources the modulation units can be used to vary or modify the properties of the waveform further.

LFO stands for low-frequency oscillator. The LFO is an electronic signal generator that gives a rhythmic pulse or sweep, this pulse or sweep can be used to modulate the synths audio signal. 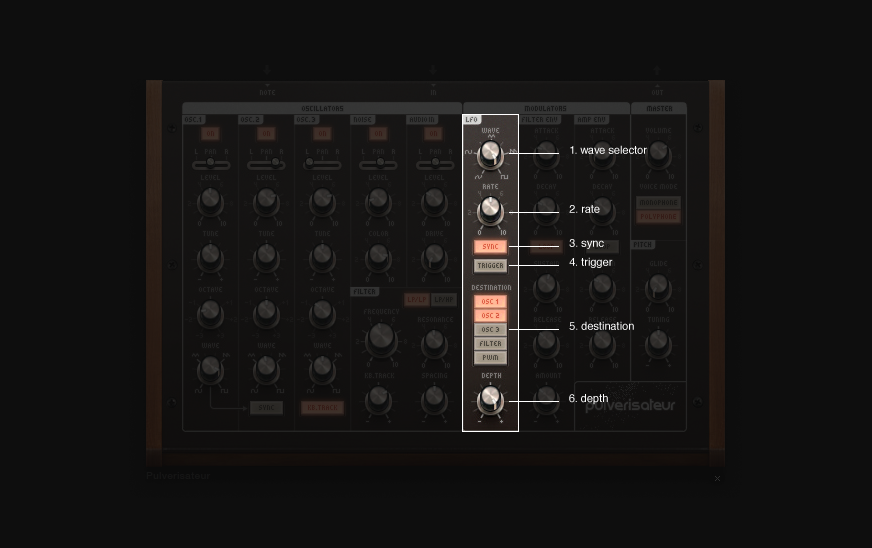 The envelopes give a lot of power in terms of how much they can affect the sound being generated by the synth. The pulverisateur has two envelopes:

It is important to note that the diagram below only labels one of each of the controls, this is because both the filter envelope and the AMP envelope work in the same way only one is affecting the filter and the other the AMP. 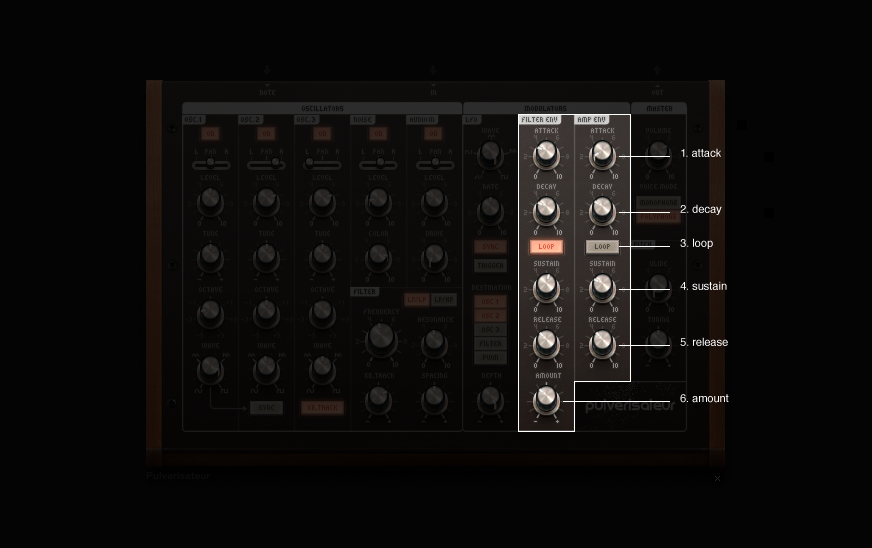 The Master includes output volume control and the output itself (just above the master volume control). The master also includes the Pulverisateur's master tuning control. 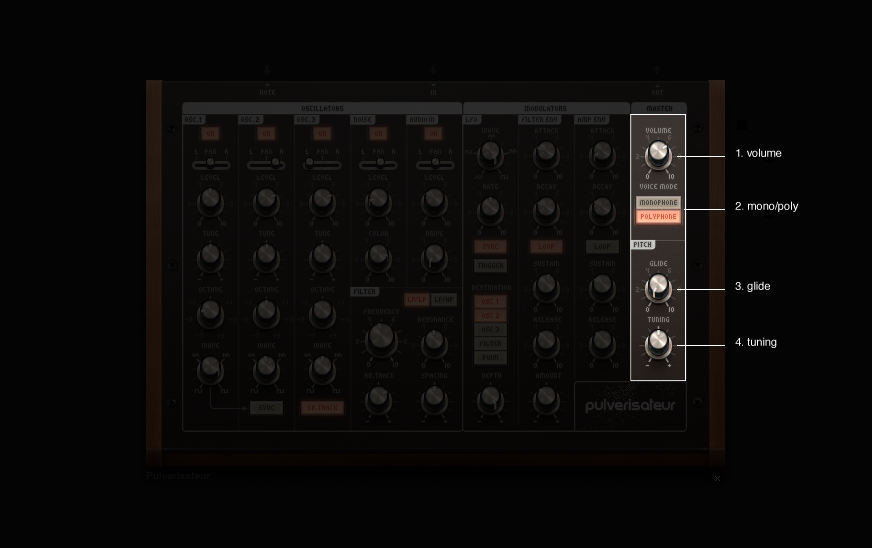