The Rasselbock is in essence a re-sampler with 7 built-in effects. What makes the Rasselbock different is that has 5 separate channel outputs (not including the master output). This makes it possible to route effect pedals through the device and trigger them in real-time by drawing blocks onto the sequencing grid. You can decide how big the blocks are before you add them to the sequencing grid by toggling through the different snapping options. The Rasselbock has a multitude of features and can be used in many different ways in your Audiotool arrangements. The Rasselbock can be used subtly to simply pitch down one specific sound or instrument, to reverse a sound, or to add a scratch but The Rasselbock could also be used to completely change a sound or to totally change the structure of your track depending on where in your processing chain you use it. 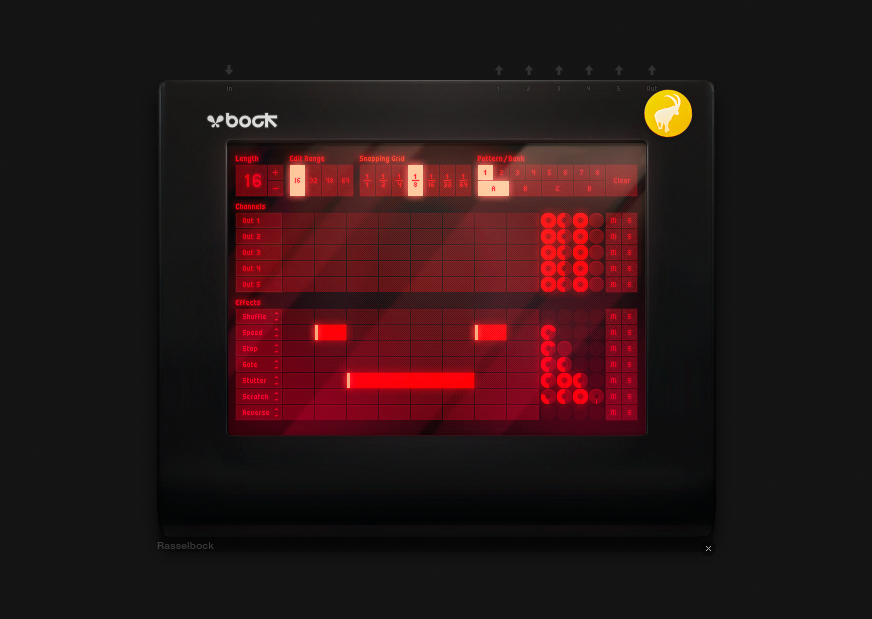 Like the drum machines and other devices which include internal sequencers The Rasselbock has 4 pattern banks A, B, C and D with each pattern containing 8 possible patterns and an edit range of 64 steps. 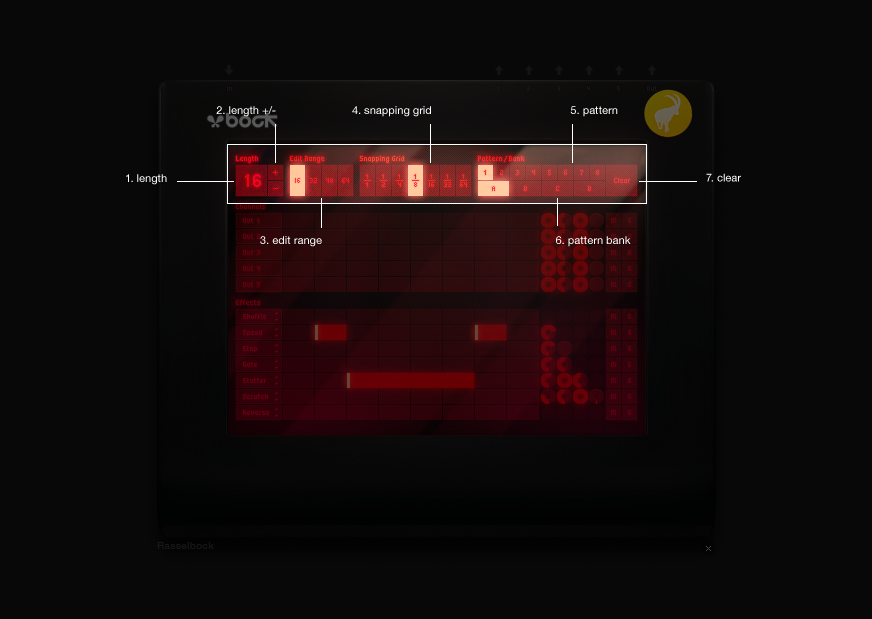 The 5 individual outputs across the top of the Rasselbock are triggered or opened only when a block has been drawn onto that output's channel in the grid, for example, if there is a block drawn onto outputs 1 and 2 then the signal from the Rasselbock will be outputed through outputs 1 and 2 (as well as the master output if plugged in) but not through outputs 3, 4 and 5. This makes it possible for you decide exactly when your arrangement will be diverted through the 5 separate outputs. They could all be triggered at the same time or individually. This is useful if you only want part of the arrangement to be processed by an effect or by a chain of effects. All of the outputs have a set of controls to the right of the grid as well as mute and solo buttons for each channel. 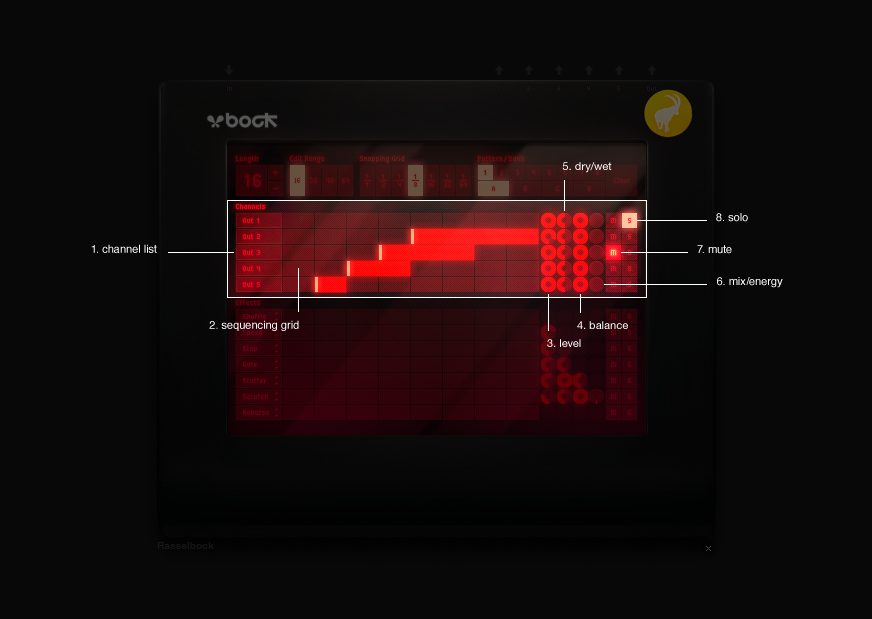 The 7 built-in effects can be added to the sequence by drawing blocks onto the sequence grid in the same way you would trigger the output channels. What is different with the built-in effects is that the effects can be dragged to new positions in the list. The highest effect in the list is the effect that is being applied to the signal first and the second effect will be applied second and so on. All of the effects except for the shuffle and reverse have their own set of parameter controls. All of these features together make the Rasselbock an extremely powerful device since there is a multitude of different effect combinations that can be assembled. Like the output channels each effect has a mute and solo button for muting that effect or for playing it alone. 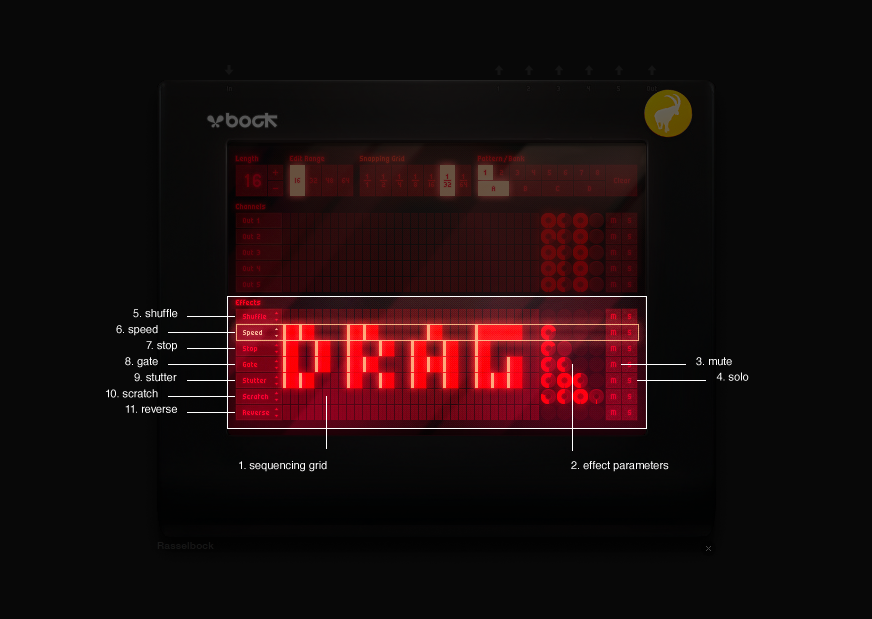