This was the fourth single to be released for the album (if you count Hands Up Part 1 & 2 as the same single). It was released about 3 months ago.

This is the 2nd Dubstep track to feature on the album. Pure, harsh, evil and ridiculously heavy dubstep. For those dubsteppers who go hard or go home, this one's for you.

WARNING: THE ZOMBIES ARE COMING... 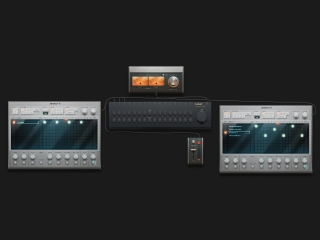