OK, song entries are in.

first prize gets a shoutout and ten likes on songs and a collab, second place gets 10 likes on their songs and third place gets a follow, if they havent already got one.

iceberg's entry was really good but it was flawed in the way that the drop was too repetitive and it needed some changes throughout. i did like the way you changed the buildup but it did need some more love to it. mind you you did comment 'not even tried.' for someone who couldnt be bothered it was pretty good.

i thought it was so clever with the pitch bends you added into the uhhs and the bass was on point. the execution was ok, it just needed some extra little bits here and there for the mixing to be worked on.

Robo_hero, your's was so epic it just made me smile. the synth ideas were awesome and the ideas with the down riser was so cool. the transitions were amazing and overall i thought it was awesome. AND also out of the three songs made, your's was the one with the most fave's, so the public chose you, not me.

so congrats to everyone who entered (3 people because i'm not popular) and well done to those who came in the top three! (everyone because only thre people entered because i'm not popular.) your trap drop skills are awesome, and i think all of you should keep at it- especially you, mus, because despite you coming second there is a truckload of potential in that song and you must keep working at it because all your fundamentals were there. 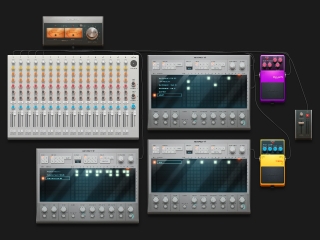