All of the Audiotool devices can freely be added to the app's desktop where cables can be manually dragged from input to output mirroring the workflow of early electronic musicians.

Enjoy an ever growing, community fed cloud based library of over 1,000,000 samples. There are also over 200,000 device presets accessible through the various device's preset browsers.

All track assets are stored on the Audiotool servers. This means you can access your work from any browser in the world without worrying about further software installations. 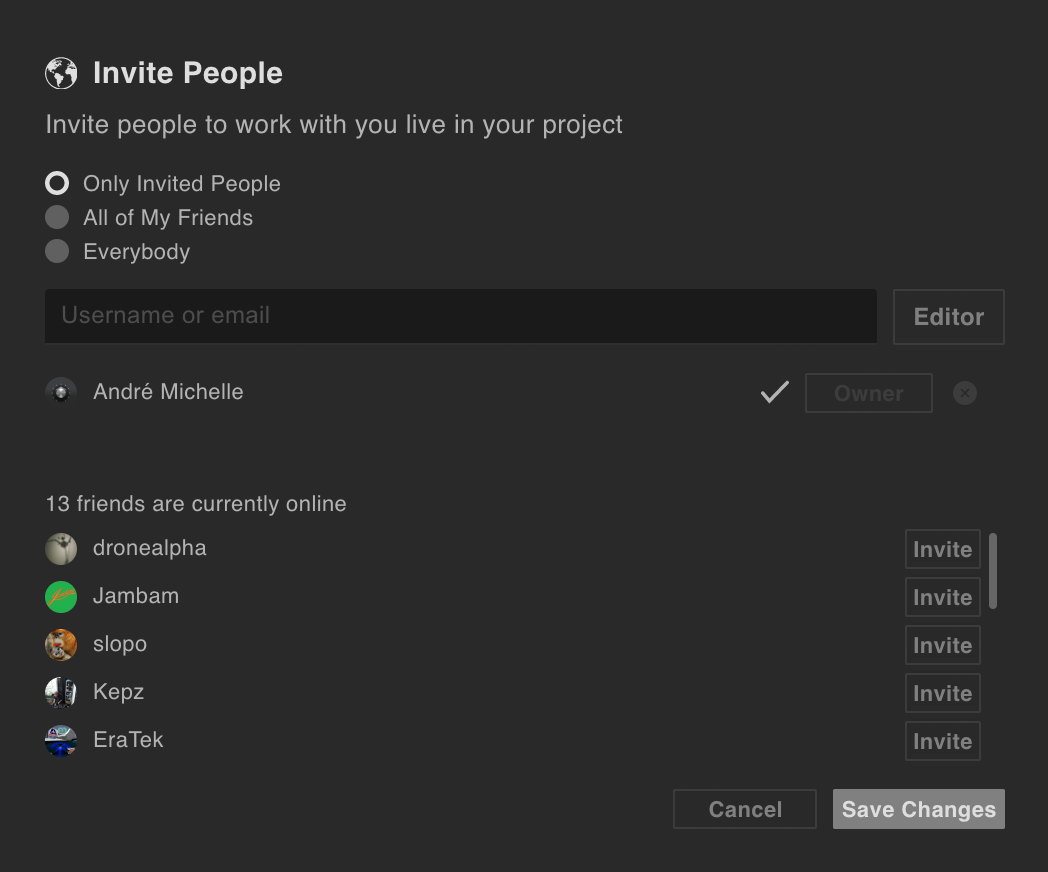 Invite other producers to your studio to collaborate, teach and work simulantounsly in real-time in the same studio. A Video, audio and a text chat help you to organise your next steps and stay connected. 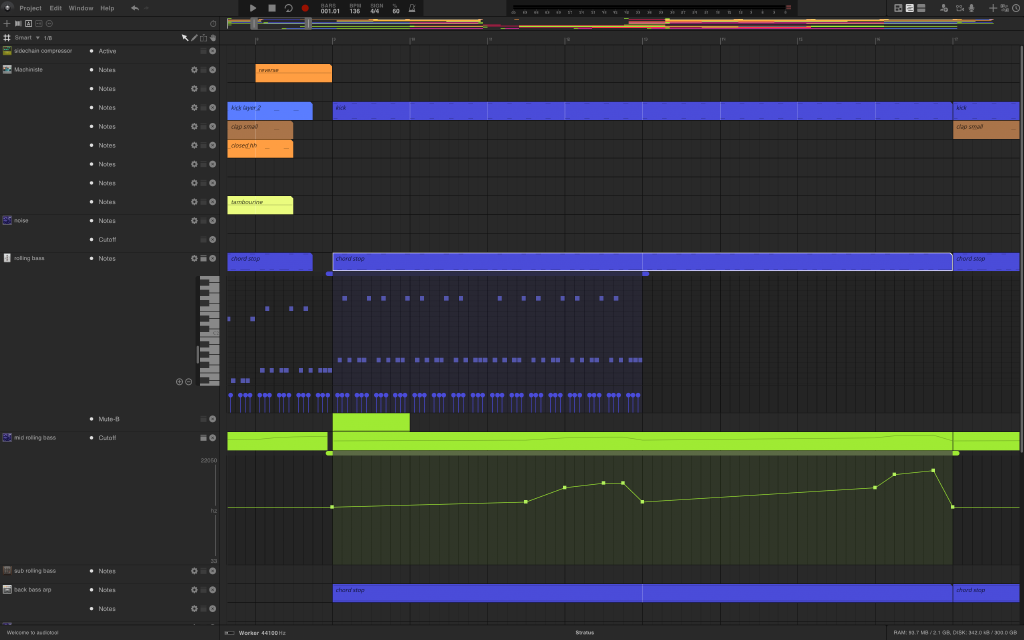 Play notes, automate every knob, every drum-pattern, even the song tempo with the built-in sequencer. It comes with looped regions, curved automation shapes and a professional tooling to optimise your workflow. 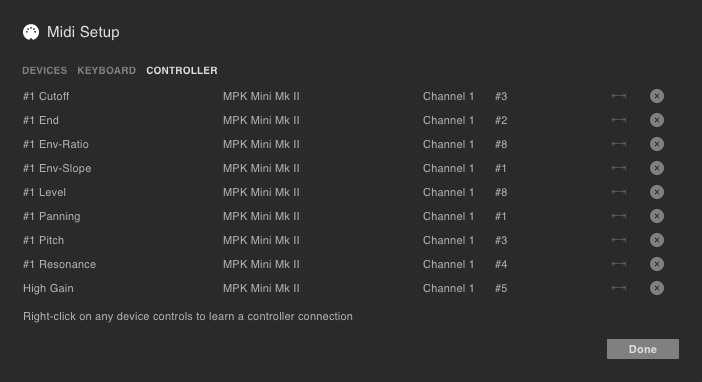 Connect any MIDI-device to audiotool. Play every instrument and control every knob or slider with real hardware. 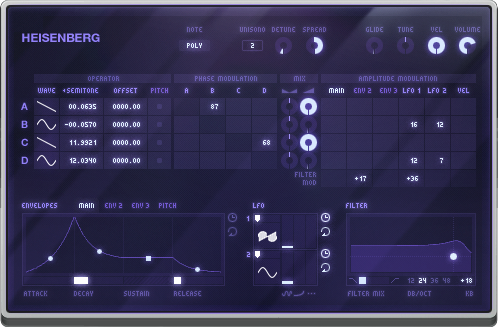 The Heisenberg is audiotools sonic wishing well. With its 4 oscillators and its massive filter section this PM synthesizer can deliver everything from deep bass to screaming dubstep sounds. 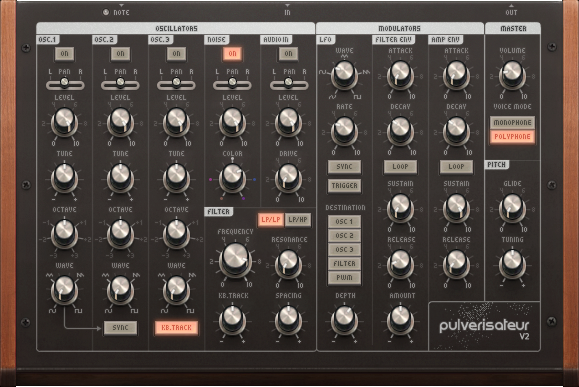 The Pulverisateur is emulating a classic analoque polyphonic synthesizer. Its massive filter section lets you tweak its four oscillators to its limits. 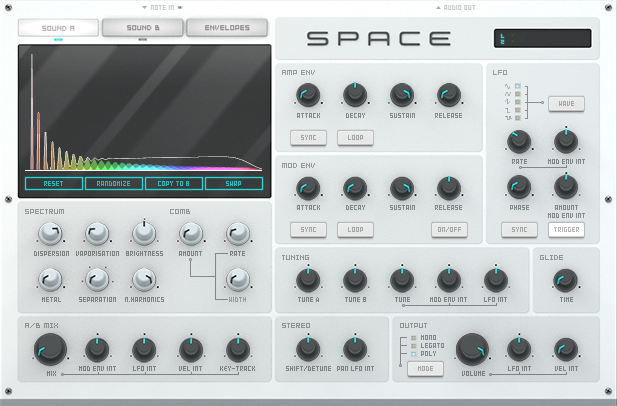 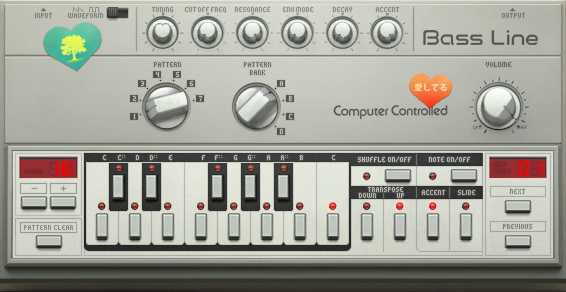 The Bassline is emulating a classic synthesizer from the 80s. Unlike its name suggests it is best known for its driving hooklines which will come to life when you tweak them with the integrated filter section. The tone matrix is a 16×16 sequencing grid. The Tone Matrix has its own internal sound but can also be used to sequence other devices. 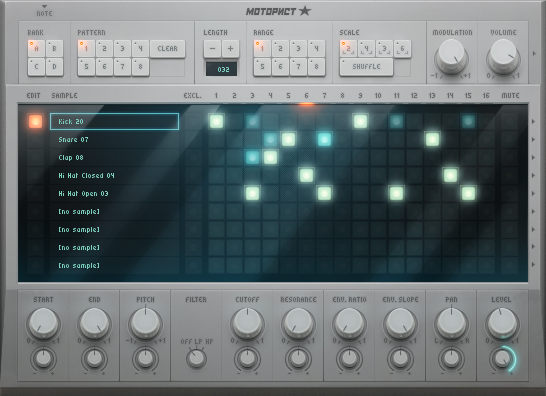 The Machinste is audiotool's powerful drum machine. Its integrated pattern editor and powerful filter section are ideal to tweak your drum samples and get started with your groove. The Beatbox 8 offers the well known sounds and behavior of its hardware paragon of the past. This classical pattern based rhythm composer still offers a solid foundation to get your beat going. The Beatbox 9 offers the same software implementation related advantages like the Beatbox 8, but it uses its own unique controls and sounds better suited for proper techno.

The Master Output is the final destination of your audio signal. It allows you to level the overall output, and offers its own optional limiter to avoid digital distorition. 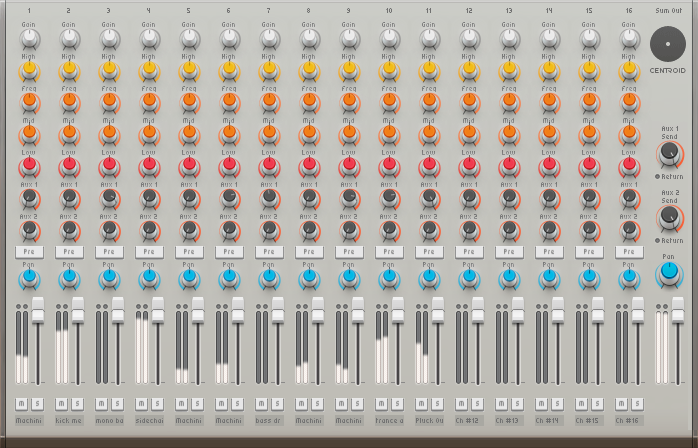 The Centroid is the standard mixer of the audiotool studio. It allows 4-32 stereo channels to be mixed while providing each channel with its own EQ section. With two aux channels the Centroid gives you the opportunity to bring consistent effect chains to your mix.

The Audiotrack device gives you the possibility to work with samples directly in your arrangement. It creates a stereo track which can be panned and levelled before being processed by other devices, for instance effects.

The Crossfader resembles a classical DJ Mixer. Like a typical DJ Mixer its powerful EQing section allows you to isolate those annoying frequencies in your signal and get rid of them with the kill switch.

The Minimixer is the Centroids little brother. Its 4 stereo channels can be panned and levelled, and even be fed into the stereo Aux channel, but it does not offer any kind of EQing like the big one does. TThe Rasselbock is a very new kind of effect device, only thinkable in a virtual environment. It is a resampler time synced to your arrangement. With its 7 built-in effect types you can shift your groove in directions you may never had thought of before. 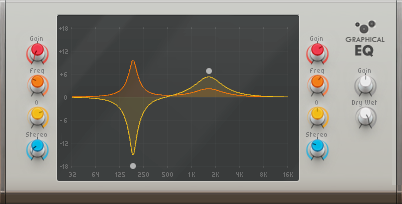 The Graphical EQ empowers you to fine tune your frequencies with 2 full range bands for the mix. With the special stereo spread feature it also qualifies itself as decent effect panel. With its 4 modes the Autofilter can be adjusted right to the frequency range you want it to operate. And the Sidechain input allows the Autofilter to be triggerd by a different input signal.

With its tone and power knob the Exciter gives you an easy way of beefing your sound. If one of your tracks gets lost in the mix the Exciter is the ideal tool to give your signal the last bit of punch to stand out in the mix. The Stomp Box collection offers a variety of effects all layed out like known stomp boxes. From side chainable compressor to reverb and delay you get a set of 13 different effects to tweak your sound to your likenings.

The Stereo Enhancer will help you spreading your sound in the stereo field. Added right before The Output Box as a master effect it supports you in widening your mix. Quasar is a device to simulate reverberation. It is based on a plate algorithm by Jon Dattorro (1997). It allows you to add very long reverbs to your mix, up to infinite long scenes.

The Pulsar Delay works much like tha simple delay but allows you low/high-pass the feedback and switch channels on every feedback cycle. With independent pre-delays for each channel you can extend your delays into huge stereo spaces. 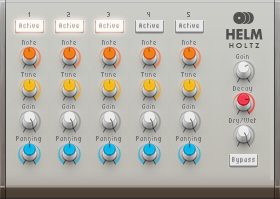 The Helmholtz is a comb filter that resonates on five adjustable frequencies. It can introduce very interesting harmonicss to your mix. 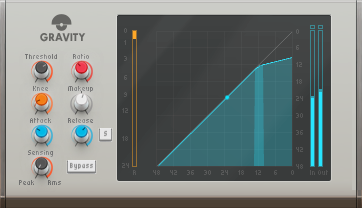 Gravity is a classic, single-band compressor to add or remove dynamic to your mix. 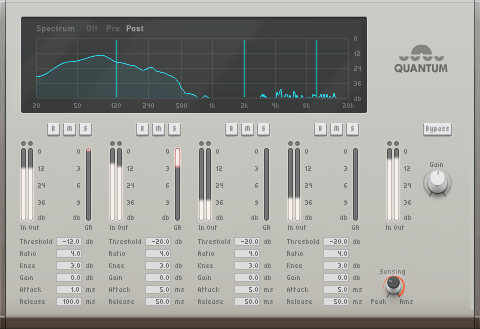 Quantum is a classic multi-band compressor with adjustable crossover frequencies for mastering purposes. A spectrum analyser (pre/post) let you watch the frequency spectrum. Curve is a powerful filter chain to boost or dampening sections of your spectrum. A spectrum analyser (pre/post) let you watch the frequency spectrum. Cut and splice any audio material like a Pro with tools that make your workflow fly. Probe supports beat-exact and zero-crossing selections. Probe provides built-in effects to finalize your samples. Use the graphical equalizer to adjust the spectrum or impulse responses to shape your space. 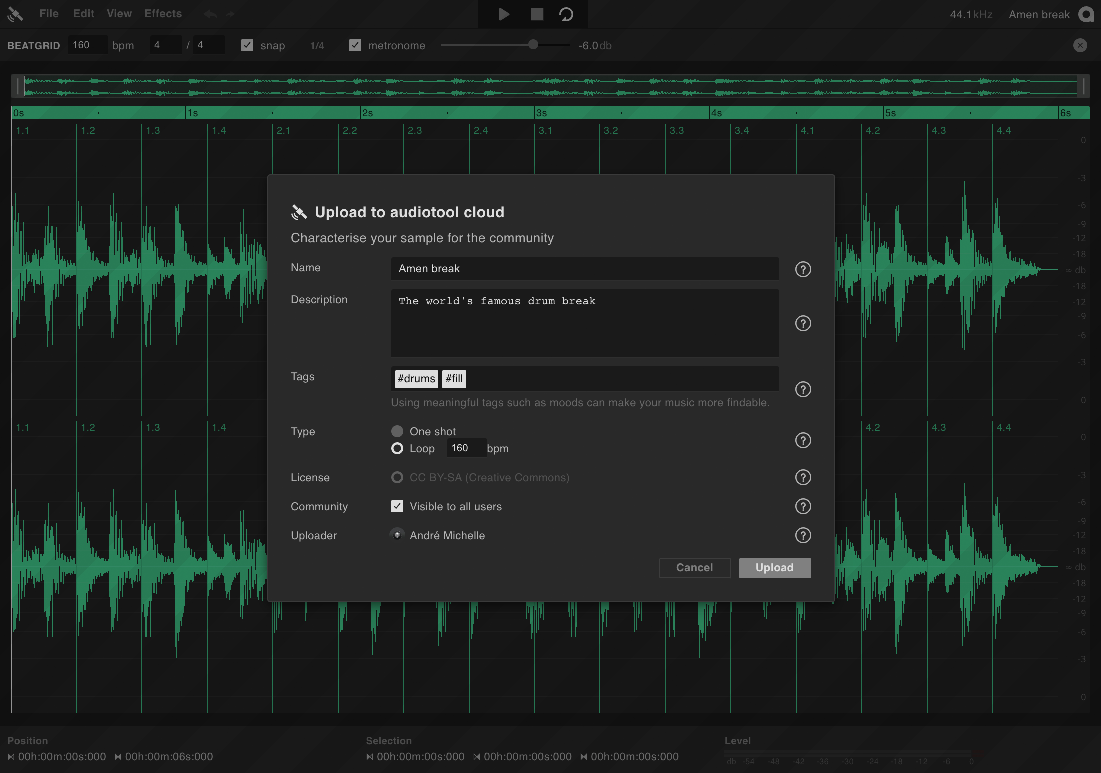 Upload samples directly into the audiotool cloud with all the necessary meta information to let others find your assets more quickly.