Original: (link is only visible to registered users)

Fuck an intro for the speech

88 miles, when the gas is cheap

I ride low like a midget in a jeep

We could talk bout how the world we see can change by the frequency on TV.

This time has changed and rearranged the mindsets

You hear the same sound even when its a different headset.

My dreams are too big for now

Is the sun in the sky?

Or is it chilling on the boiling ground?

What the Fuck is a nationality?

We're all human and we got mortality

If we fall high could face fatality.

So I chill with the Windows down.

Stare at sun as I ponder on if I could still be strong if it soon goes out.

The devils alive but doesn't chill under the ground.

He's in the form of lost people tryna keep the society down.

My ex said that

"You better make sure that you love the next girl as much as the shit that you write."

But this new world?

Its not loot. That the powers that b want,

And so I spit these fuckin bars until they turn into gold.

This is a true story told.

Know yourself and save your soul (x4)

Like eighty eighties these people are going crazy and wondering where music will end up 29 years from now.

I could've ran out the house when you said

That rap was dead

Yeah when you said,

So where's your fuckin cred? 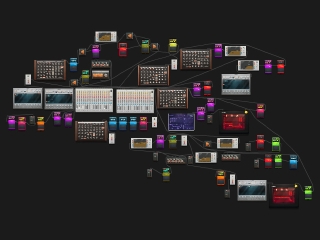