55 Cancri e (abbreviated 55 Cnc e), also named Janssen, is an exoplanet closely orbiting its Sun-like host star 55 Cancri A. The mass of the exoplanet is about 8.63 Earth masses and its diameter is about twice that of the Earth, thus classifying it as the first super-Earth discovered around a main sequence star, predating Gliese 876 d by a year. It takes fewer than 18 hours to complete an orbit and is the innermost known planet in its planetary system. 55 Cancri e was discovered on 30 August 2004. However, until the 2010 observations and recalculations, this planet had been thought to take about 2.8 days to orbit the star. In October 2012, it was announced that 55 Cancri e could be a carbon planet. 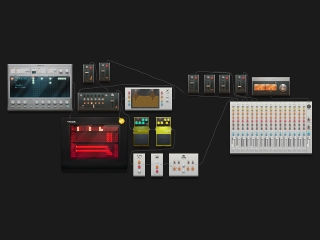