When I was younger, after seven years of sudden absence, my father reappeared in my life. He gave me $100 dollars and three CD's all labeled "Joints." It was the best day of my young life.

I went home, popped them in my six-CD changer and listened to repeat. Three songs, then ten, then thirty-seven. Thirty seven songs later, my face was sullen.

I deleted the ones I did not like, leaving me with three tracks.

I listened again on repeat.

I wondered if he had ever thought of me while he made these tracks. He rapped and I listened.

I wonder today, if music meant to him what it means to me.

I've long since forgiven. But every now and then, Dad's tapes finds themselves vibing in my mind. After all, I am his blood.

Thank you everyone that made this memory possible. My dad collaborated with alot of people on his tapes, so I thought I'd do the same. 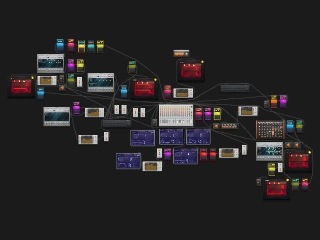