One of Ascent's old drafts in the group extended on with a pad from some other old draft in the group added among other stuff. Only the drum sounds were samples the rest of the sounds were all made with audiotool synths before being recorded through some analog gear (for better tones). Mixing and eq-ing isn't too great and the track sounds a little empty if you can't hear the sub but whatever. Let's hope it doesn't start clipping too much on publish. 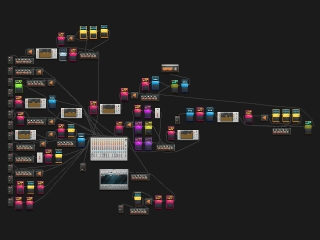