Thanks to contributors (: (Love the vocals :3)

Yes, Iknow the rose is a symbol of anarchy. Which is why I cannot stay (metaphorically) with the basic male population in my known life. Ironically, anarchy deeply fascinates me, and I agree with various concepts of the belief (same with Satanism, but that's a whole 'nother story XD). Point is, everyone in this world contradicts eachother. And frankly, I'm sick of it. This may seem like another rant calling for world peace (which it is) but still. It's just absurd how violent the human population is. Then again, we are animals. And it's all part of the cycle of life. Hakuna Matata and all that. Without deaths, we would overpopulate the Earth and then die anyways due to starvation.

If everyone in one place could just get along (and kill eachother later), other societies would follow our lead and be peaceful (and later, violent, but still). Everything good lasts only a while so make the best of it! <3

Dedicated to all the controlling dicksss in the world. (: 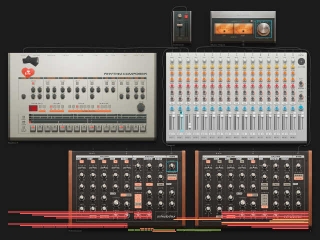