-Gravi's Thought's: If you've been following me for a while, then you should know that I mean business when I make Dubstep. I know I've said I'd stop a million times before, but come on, people. Who wouldn't want another "PRIME" track? Hope You Enjoy ^-^

-Interesting Fact: This is my longest running series of tracks.

Since Prime 4 did pretty good as a contest, I figured that I'd do the same for this one aswell.

2. No Outside Help/Invites/Collabs (Be Fair)

4. Other DAWs are Allowed (FL,Live,Logic)

6. One Remix Per User

7. DO NOT NAME YOUR REMIX "Prime 6" OR ANY NUMBER ABOVE/BELOW 5!!! (Instantly Disqualified)

All of Our Positive Energy Has Evolved...We Will Find "PEACE" 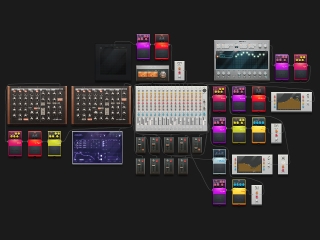