Last published track before the update!! Started this song quite some time ago, like when I found out about Joseph Kony and the Invisble Children thing. The title was originally Invisible Children (title of the song) but I wasnt feeling it anymore. So. I'm kinda gonna be "reborn" on Wednesday as a 14 year old (whoopdidoo) so there ya go. The song kinda symbolizes how much I've grown and matured over the past couple years. I've fucked up SOOO many times, but I've grown from the lessons I've learned. Lessons such as: Don't date people whose first conversation with you was about homosexuality. After you two break up, he's gonna end up giving someone a blowjob and liking it. While he's still with the girl he broke up with you for. (Oh Michael... Smh.) Anyways, I've decided to somewhat compromise with my parents about the whole career thing. I'm still gonna become a lawyer but I'm also going to major in psychology (a psychologist is kinda like a doctor, right? that'll make 'em happy for now, at least.). I've been reading about the minds of famous serial killers. Turns out, most of them think they have been born to kill people in the name of God. Kinda creepy... but very fascinating. Their philosophy makes them the good guys and the rest of us bad. Kinda like in Noah's Ark, everyone thought they were so fine and dandy but then they all died except for the 2 they thought were bad, who were really the good people. Make sense? Hope so, lol. Wait, how did I even get on this topic? Whatever. Anyways, my first song with "wobbles" in it!! Enjoy!!! <3 I cant wait for the update!! ;3

Ps. Because I really needed a laugh today, the song is 69 measures long. Lmfao. I'm such a badass(;

For all of you who don't know sarcasm or stupidity when you read it, the whole message after "P.s." is sarcasm AND stupidity. Just so ya know (; <3 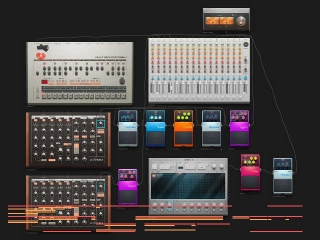