A team led by Enrico Fermi in 1934 observed that bombarding uranium with neutrons produces the emission of beta rays (electrons or positrons from the elements produced; see beta particle).[32] The fission products were at first mistaken for new elements of atomic numbers 93 and 94, which the Dean of the Faculty of Rome, Orso Mario Corbino, christened ausonium and hesperium, respectively.[33][34][35][36] The experiments leading to the discovery of uranium's ability to fission (break apart) into lighter elements and release binding energy were conducted by Otto Hahn and Fritz Strassmann[32] in Hahn's laboratory in Berlin. Lise Meitner and her nephew, the physicist Otto Robert Frisch, published the physical explanation in February 1939 and named the process "nuclear fission".[37] Soon after, Fermi hypothesized that the fission of uranium might release enough neutrons to sustain a fission reaction. 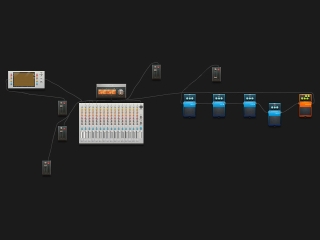