And the beast which I saw was like unto a leopard, and his feet were as [the feet] of a bear, and his mouth as the mouth of a lion: and the dragon gave him his power, and his seat, and great authority.

And I saw one of his heads as it were wounded to death; and his deadly wound was healed: and all the world wondered after the beast... 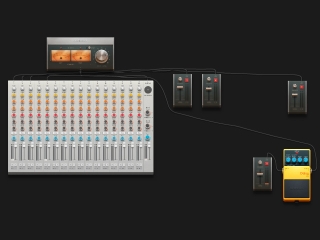