finally bringing back i guess dubstep? anyways this track was actually fun to mess around with, i found new ways to make insane wubs through automation, two things I'm planning to do. one is a remix off something not on audiotool (Hopefully no copyright on this site because it's just vocals) and two is a Nightmare II. The way i made this track was by trying something new, so when i was starting this i realized that everytime i start off tracks i always struggle with intros and drop set ups, and so i decided to try out making the drop first and then intro and the rest of the song. another thing was with inspiration which i was listening to "Rogue - Ultimatum." also you don't need to do this but when i saw stephen walking livestream and watch how he sets up his songs, it makes it so easy to produce, so what he does is separates each part of the song in the timeline. no clue why I'm Adding this in but wut ebs. but to be honest this track may have been fun to do things in but i'm also glad to get it over with. anyways Christmas is in a few days, And when it comes lemme know what ya''ll got :) i'll share as well (Just trying to be friendly) 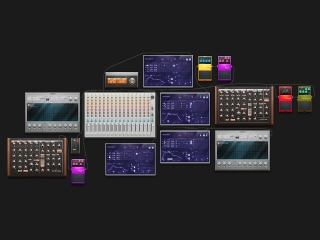