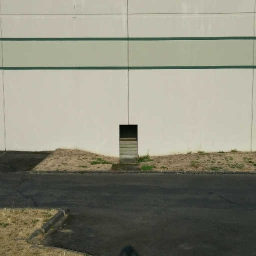 For a long time now we have known Khoi as a gifted, up and coming young programmer with huge technical skills. So it is hardly surprising that he was one of the very first users we invited to support us developing the future HTML 5 version of Audiotool. Read this to learn what he experienced: (link is only visible to registered users)

What was your immediately impression when you saw the new app for the first time? „My first impression was that the graphics were extremely fast. They were 60fps! It gave that feeling of a real native DAW when I see that number of frames per second."

Was the first impression confirmed during your next visits?

„The impression was confirmed after the next visits, of course. I do see that Next will have better performance than the Flash version. I think the current configuration is having a lower FPS to balance for audio performance, but eventually I think it will be much better than Flash (and this was without the new plug-ins)."

How did you experience the improvements over the time?

„I’ve seen more features being added, like the new devices, or instant note-playback. For now, I appreciate the beta-testers‘ feature to choose the latency I want. I have no problem with visual lag, so I am able to set the FPS lower for better audio. I see this ability to „control“ as improvement.“

What are your favorite features?

„Must be the instant note playback. Very helpful when you want to sequence music. The new arpeggiator device is quite useful in some cases too.“

What do you think the community will like best?

„I think the community will like the waveshaper or the new delay. People like gritty sounds so the waveshaper will do just that. The new Delay will just make things much easier if you want ping-pong.“

What do you think are the main difficulties facing the programmers?

„I think the main difficulties are to migrate the old format to the new format without breaking anything during the process. Also, the developers have to optimize their code to run in the web-environment, which may not have the full computing capacity as the native applications.“

Message to the developers and the community?

„I hope André, Martin and the others will have things going all well when the AudioWorker is rolled out. I also hope no major backward-incompatible changes are needed when the testing is rolled out to larger audience. To the community, I can assure that it’ll be worth the wait. You guys will love the live collaboration as I’ve seen many trying to collaborate through Rabbit and other services. I’ve used live collaboration a lot and it is super helpful (and fun!) talking/chatting to other artists while working on the same draft! Cheers!“

Potasmic Next music: (link is only visible to registered users)