Track name is called "Ballbuster 2.0" Because Ballbuster was originally made with samples and i didnt like it lol

This is also my school project xD

Definetly won't win the competition but I just wanted to have fun with this track!

Ill change the cover photo and the name after the competition because im going to make an EP called Ballbuster :P 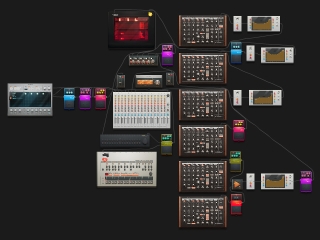