This song is dedicated to Alan Turing who was mathematician and computer scientist. He was highly influential in the development of computer science. His work as a code breaker saved countless lives.

Like many great scientists he has a Heisenberg waveform named after him. 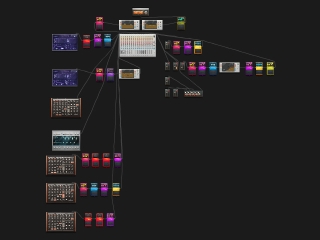