The Sony Playstation is the second most sold Console in History, only topped by its own successor , the PlayStation 2.

Origianlly Sony was working with Nintendo on a CD based add on to the Super Nintendo named the Play Station .

Since a lot of control would have gone to sony, one week after the announcement Nintendo revealed that they were working with Sonys Competitor Phillips on the same product.

Sonys Version was Cancelled but Sony decided to make their own Product: The PlayStaion (No Spaces). The Rest is history. 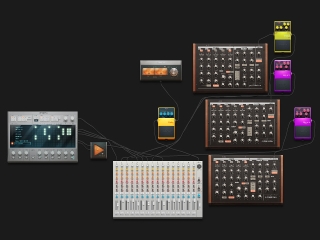