After stage 5, you arrive in what seems to be the final calm before the storm. Things are about to get worse, but here is where you'll be able to rest without being bombarded by enemies and obstacles, and you'll begin to find a way to a safer area. This stage would be an atmospheric place away from all danger. You would actually fall asleep here. During your slumber, vague information about the rankings of the astral plane would be revealed in a dream, as well as the clue to the escape path (Which would be through the astral & auroral sectors of Odera, and a commander named Cor Caroli).

1) Commanders - This is the highest rank in the astral plane, which currently consists of 8 members.

2) Overseers - This is a relatively new rank, Odera being the sole member. He isn't quite good enough to be considered a commander... yet.

4) Astral Beings - The general populace of the astral plane. 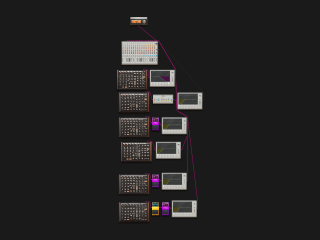