-Around 2 years ago, @Zerod invited me to draft so that we culd make a Melodic Dubstep track. However, between producing the "Monolith EP" at the time, computer issues, scheduling, and my work at college, we never really had the chance to finish it. I found out a few weeks ago that Z deleted the orignal draft (which is understandable, that draft was huge and his laptop most likely wouldn't cooperate if he tried to open/publish it as a failed draft). I really liked the direction it was going in though, so I tried my best to recreate it and emulate what the final product would have been. Every thing before the first drop is 99% accurate to what we both worked on, so huge credits go to him! Inspiration was also drawn from Sushi Killer, Hyper Potions, and Slushi. I'm gonna keep this one open for remixes as well, just incase any one has different take on this. Quick Disclaimer: This track is a hybrid between FL/Audiotool and has a LOT of samples that I imported.

CHALLENGE: If somebody makes a Future Bass remix, I will give them a cookie... :) 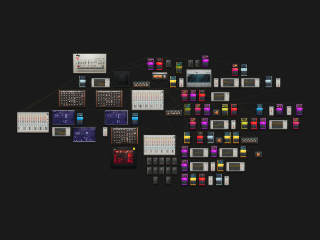