"Mr. Skull died and went straight to hell. And to his horror, the place was as awful as folks say it is, but maybe slightly worse: Hell was exactly like the living world, but all the water had a weird taste. In fact, hell was so alike the living world Mr. Skull doubted his last leap of mercy were really effective, even though not a single bone of his body wasn't broken, or aching like, well, like hell.

Hours after, when he realized that it was what it was and nothing more would happen, he finally decided to try again. I mean, he was living in hell, right? Maybe there things really couldn't GET worse, so, soon, he would get used to everything again.

Gathering all his bones off the floor, he raised. And smiled." 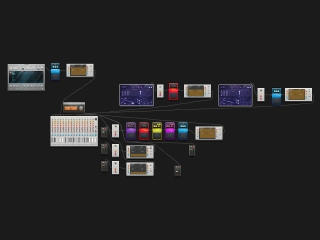