How This Song Came To Be:

Well. I'd been attempting to create a depressing song because I was feeling rather down, yet all I could make was happy melodies. (Look out for the song Pissed Cuz This Aint Sad when I publish it xD) So I decided to make it creepy. Is this creepy enough? Lol, i really really really like the beginning and the chords and the heart beating and stuff :3 Pero, then, I was like "Mk... Where to now?" So i had the idea to make a drop out of one-shots BUT it didn't work out, so I just borrowed a drop (THANKS ALL CONTRIBUTORS!!!!) xD AND THEN I got the idea for moans. Oh. My. God. It's freaking sexy.

So there's this pedo, right? He's all chilling, jus being pedophile-ish, right? THEN he sees his victim. A late-teens girl who starts running from him (hence the racing heart and scary fx) BUT THEN HE CATCHES HER :O (Hence the scream) but then as they start to have a little fun (if ya know what i mean), she decides she likes it. The fornication accelerates (the first drop) and she moans, and it's sex music (for us passionate women. But the song ends when she realizes she just enjoyed fornicating with a pedophile.

Leave in the comments box below<3 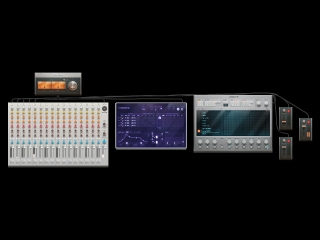