I got the live recorded snare sounds layered in! I kept the humanised slightly off-beat nature, but then copied them across the whole track..not sure if that still counts.

So I started with drums and the sub bass. I then sampled down the sub because there was an off change in sound after the first two bars. Once that was done, I changed that synth a little to create a deeper bass sound to sit below it.

A few other basses were created and I decided the snare and hats were trash so re-made them.

The intro melody took a little time to get the right progression and the note-offset to make it sound as it is.

Riser sounds were fun to make, one of them is a dissonance created from bit crushing a sample and highlighting a small frequency bandwidth. Then sampling it down and yeah, effects were added.

I've not decided if this needs an outro yet, if it ending hard is better.

The project was getting laggy for me, so I definitely need to work on using less stuff to create more sounds. 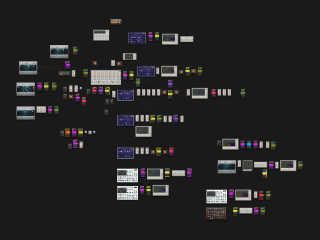