---> (link is only visible to registered users)

So this was fun to do. I've been a fan of Deadmau5 for a long time (my first song under this name was even named after him). Though winning would be a difficult thing to do, I think that making music for the sake of doing so would be what Joel would encourage anyway, not to do it for thousands of fans, popularity, and fame... Though that is a nice addition. 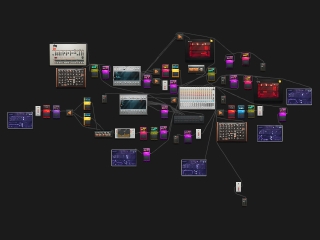