I started with the main drop by making the 808 bass, which was just two oscillators in the heisenburg 19 semitones apart and with a tad of distortion and some stereo width and detune through AUX to give it more flavor. I also gave it some compressed noise to distort it further and make it crunchy. And the raw chord sounds were also made with some white noise by feeding notes from the note splitter into two instruments. The beginning melody synth which turns into the arp is made from a sinewave that has an attack, with chorus to give it some of that phasey effect and limited with no attack or release, which pretty much smashes the sound. That makes for a distorted and alive effect. I played the guitar using the live record feature with five. The bassline for that jazzy part was me fooling around in the piano and then transferring it to a simple bass sound.

I just changed the snare from the drop and gave the 808 some noise. Also I did most the drums for the drop and recorded the guitar with my crap microphone. 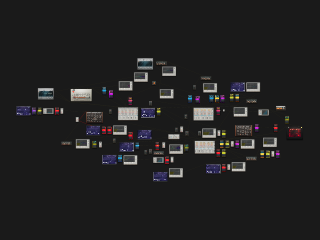