At the start of 2014, I didn't exactly make a promise to anyone, but I wanted to hit 100 followers so badly. I wanted the attention so i could make friends with people, rather than having anyone notice my music. Over time, I noticed that I was making loads more friends and before I knew it I was mashing up a bunch of presets together to whip up a 200 track. I've also been trying to catch alex since we were at around 200, with us maintaining a constant 40-60 follower gap, giving me a clear goal whilst allowing me to have a shitload of fun on here.

But now i'm at 1k and i'm still in shock. All of my prese- i mean effort paid off and a milestone that was utterly unimaginable to me back in 2014 has been hit. I love you guys. You give me a reason to wake up looking forward to my day.

hvd, I understand everything you have told me and what you were trying to achieve. I don't know if you will see this message but I just want to apologise for what i did. Not talking back to you, but simply taking what you told me too lightly and allowing people to give you shit for that, I'm sorry dude.

Some of you may notice that I haven't made anything for my 900. I do indeed have a couple of drafts ready but I will publish them later along with some other failed drafts in an album like lux did or something idk xD

On a lighter note, Enjoy that last chord, as usual 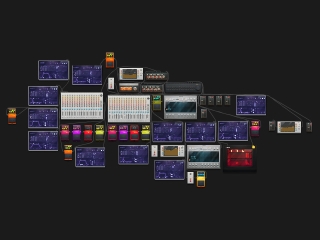