I wanted a sort of deep track with a wide dynamic range so I started off with a ping-pongy stab like I usually do with my techno tracks, created a bass to layer onto it before increasing the release to several seconds on both, which is what you hear in the intro.

Then I worked on the drums, keeping a more mellow vibe with low pass kick and stereo percs. Soft white noise with panning really helped me fill the gaps where I couldn't find the right samples to add to the space.

After that it mainly finding the right chord sequence to get the feeling of a deep, mellow vibes techno track, though when that didn't feel like it was enough I added distortion to bring some grit into the mix.

Not much to say about this one really, I only took about a week to work on this and it's not big or in your face, just something I felt like I needed to wind down with after making something as big as my previous track. 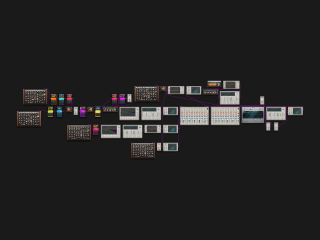