A boy ventures into a universe where all realities coexisted—where the hypothetical manifested itself as true. Destiny was had multiple personalities, and one world did not exist without it's many variations. Life and Death were merely concepts.

It was a dream of circles, a story that never ended nor began.

The boy, vexed by what was before him, could not bare what was before him. He wanted to escape, he wanted the pleasures and suffering that life and death brings— But he was trapped in this forsaken dimension; he was both alive and dead, here and there, square and round, hot and cold, existing, and nonexistent.

The boy, in awe of what was in front of him, was absorbed by the complexity of his existence and embraced his past of tomorrow. 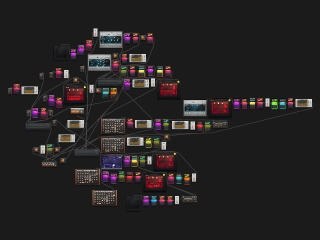