-Gravi's Thoughts: This was something I wanted to do for a while. The original Rectify was one of my favorite tracks with a fantastic melody, but I felt it need a full sequel track to make some improvements. You can really see my growth as an artist if you listen to both.

-Intresting Fact: If it wasn't already evidant, THIS IS MY LONGEST DNB TRACK EVER!!!

There won't be any new tracks published by me for some time (a few months). I've decided that for my next Album/EP, I'll be releasing the tracks all at once. So, from now until around the end of August, I'll be working on those drafts for the..."SOLARIS EP" 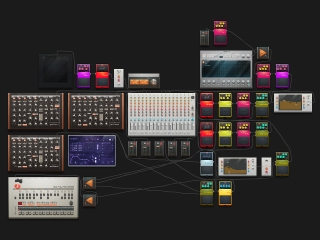