-Gravi's Thoughts: I'll be honest with you, this song basically has the same setup as "Aiden". I'm way behind on my personal deadline for releasing this album so I made this fairly quickly. I really like the piano arrangement in this and I still think it came out pretty nice, albeit lacking in structural orginality. Hope You Enjoy! ^-^

In all the stories that Mom told us about Dad when we were little, She would always describe him as being an"Angel of a Man". I never really understood what she meant by this until I was standing there hugging him. I could feel the sheer power that he had within himself, but beneath all of it, I sensed an honest man. Someone pure, with the best intentions. He really did feel like an Angel. It was somewhat puzzling, though. To be in the presence of a man I had badmouthed my entire life for leaving, only to be crying in his arms knowing that I was the one who sent him away. But at that moment, I didn't care about what I said about him in the past, or what other people said about our family because of the accident. I was with my father again. That's all that mattered to me... 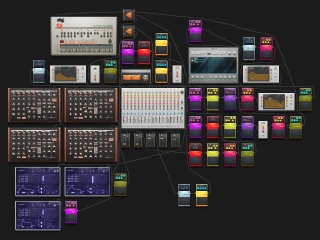