-Gravi's Thoughts: I wanted to go big for the Title Track of the Album and in my opinion, nobody does big better than @no vyce (Kryptic) . Our styles of Dubstep meshed so perfectly and I'm very satisfied with result. ^-^

-Kryptic's Thoughts: I only with I could've done more! Most of this track was Gravidon, and I just gotta say the melodies and chord progressions that he's made are just amazing. <3

When we first started to go to school with other kids, it was complete and utter hell for Aiden and I. Mom tried to make us keep our powers hidden and we did a pretty good job of that for a while. However, that was until Aiden decided to unintentionally (or so he claims) use his Time Ability in front of the other kids in his class. Even for a six year-old at the time, that was a pretty dipshit move. It wasn't long before they found out about my powers as well. The next four years were filled with constant teasing, bullying, harassment (both verbally and physically) and a collective hatred towards us from both child and parent alike. Hell, even some of our instructors didn't like us. I'd always hear them thinking, "If they weren't 'His' children, I'd fail them immediately". Neither of us liked people talking about our father, especially Aiden. He had made it really easy for himself to get bullied by others whenever they made up stories or mentioned anything about Dad. He was hot-headed, had a big mouth and often pissed off the wrong person at the wrong time. He got his ass kicked his fair share of times and always came crying back to me. Even though he sorta deserved it for losing his temper, I couldn't help but feel sorry for him. He never met our father and didn't really have anyone to look up to, except for me... 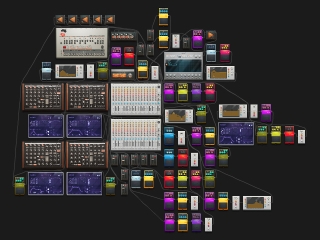