So here's this short, happy track. It's pretty messy, and kind of a fail, but it was really fun to work on and I liked it a lot. :)

I've tried king dubstep before and it was pretty bad. This isn't much better, but I thought I'd share it with you guys anyways. My comp was lagging really badly and it so was really hard to mix because of that, so apologies for the poorly done mixing. 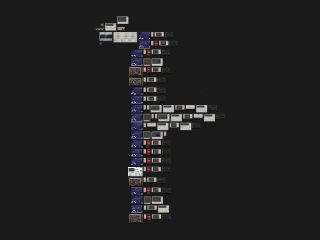